Na Mão is a project aimed at empowering retailers giving them full control over credit and debit card transactions, identifying irregularities with transactions and payments.

Project began during a Startup Weekend and the system was initially developed using Lumen for fast prototyping but it's currently being migrated to Laravel 5.3.

The system was developed initially with Lumen, as a fast-prototype, but it's already being migrate to Laravel 5.4. 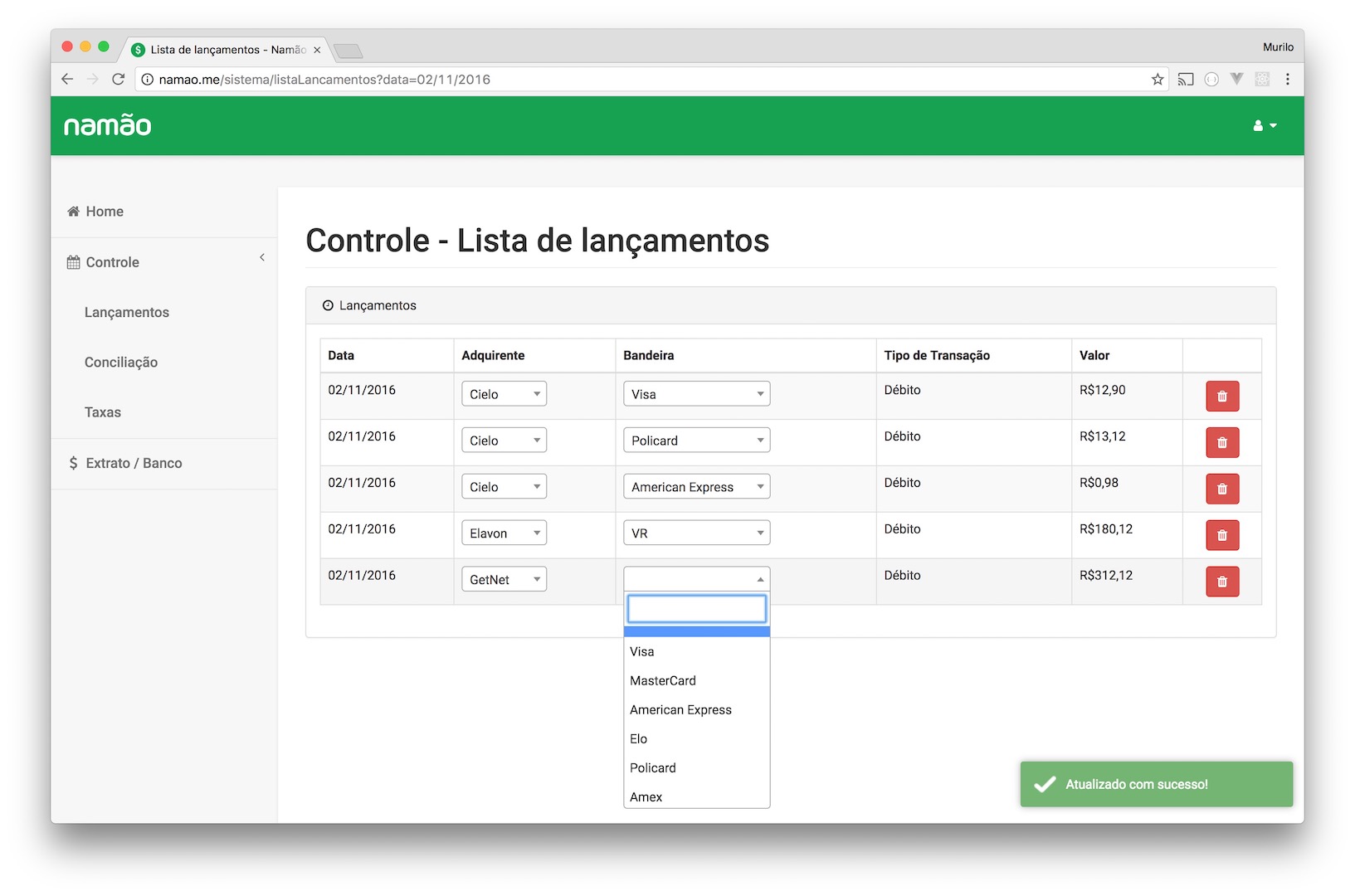